You are here: Home / Healthy Living / Zinc and Immune System – How Can it Boost your Immunity

Zinc and the Immune System

Zinc is an “essential mineral” that’s involved in many biological processes and is necessary for a strong immune system.

When zinc levels are insufficient it makes the body more susceptible to disease.

Zinc deficiency can also make it harder for the body to fight disease and the need to nurture the immune system increases as we get older.

You need to consume sufficient zinc every day – preferably by slow release such as zinc lozenges.

Failure to do so won’t only compromise your immune system, it may cause other serious health problems as well.

Zinc is not the only key player in human immune response. A healthy immune system requires many other nutrients as well.

Vitamins A, C, and E also support the body’s ability to fight disease. As does iron and selenium. Several other nutrients are necessary as well.

As we grow older it becomes even more important to ensure adequate daily top-ups of zinc and other important nutrients because the aging process makes the immune system more susceptible to weakening.

Eating a diet that provides adequate zinc, along with other important nutrients, makes the body less susceptible to respiratory illnesses.

The Importance of Maintaining Zinc Levels as We Age

The entire respiratory system is affected by the aging process.

Aging lungs are more vulnerable all around. That’s why elderly people tend to be more susceptible to flu and pneumonia.

Making sure your body gets enough zinc each day can limit the decline of immune function and help you remain “fighting” fit.

Fewer than 50 % of the older adult population in the US consume adequate amounts of zinc.

This is a problem that could be influenced by the fact the aging process may make the human body become less capable of absorbing nutrients.

That’s certainly an argument for taking note of the amount of zinc you are consuming each day and increasing it if necessary.

It could be an argument for taking supplements as well.

What the Clinical Evidence Suggests

The results of one study, involving older adults living in nursing homes, show fewer cases of pneumonia among the residents whose zinc levels were normal or higher.

The residents who were not zinc deficient also had less need for antibiotic prescriptions throughout the year.

One study, from 2007, involved adults aged 55 to 87. All the adults had lower plasma zinc levels and higher levels of oxidative stress than that of younger individuals.

The study ran for 12 months. In typical style, half the adults got zinc supplements and the other group got placebos.

By the end of the year, the data showed the zinc group had fewer respiratory infections than the placebo group.

The results of a study conducted much later, in 2016, also show the immune system boosting benefits zinc can provide.

On this occasion, the study only ran for three months. The study participants were nursing home residents, all of whom were suffering from zinc deficiency.

Some of the residents got a zinc-providing supplement each day. The rest got a placebo.

By the end of the study, the zinc group’s levels of circulating zinc were higher than the levels of the placebo group. Given the circumstances, that’s hardly surprising.

However, the zinc group also had higher levels of T Cells. The body uses these to fight off infections. (2)

Important Considerations for Vegans and Vegetarians

Being a vegan or vegetarian involves dietary restrictions that may make them more prone to becoming zinc deficient.

That’s not to condemn this type of lifestyles, the average vegan often has a better overall nutritonal intake than most people do.

Health experts recommend eating at least five pieces of fruit and vegetable per day. A lot  people fail to do so.

There’s a lot to be said for going vegetarian but doing so can present a few problems. One of them is getting enough zinc.

Although there are numerous plant-based sources of zinc, the bioavailability of zinc from plants is not as good as that of animal-based sources.

Some estimates suggest vegans may need to increase their zinc intake by 50% to compensate for the difficulties the body has absorbing zinc from non-animal sources.

This means vegans and vegetarians may need to consume additional zinc.

Part of the problems is due to phytate.

This is an antioxidant that’s found in nuts, seeds, legumes, and whole grains.

It’s known to be an anti-nutrient that interferes with the normal absorption of minerals including zinc, and iron.

How Zinc Boosts the Immune System

After we consume it, zinc is a busy mineral. It has a lot to do. Among other things, it’s integral to the functionality of 300+ enzymes, gene expression, and DNA synthesis.

However, this article is about zinc and the immune system so let’s not get sidetracked.

Your body requires adequate supplies of zinc to support the production and function of different types of immune cells.

The T Cells and B Cells are the ones most people are likely to be familiar with.

T Cells and B Cells (What Do They Do?)

Working together, the T Cells and B Cells identify the pathogens that invade the body and then neutralize them.

B Cells go on the attack by flooding the body with antibodies to tackle the bacteria and viruses that are posing a threat to the health. Meanwhile, the T Cells produce a special type of protein, called cytokines, that direct the immune system response.

The T Cells also produce granules that contain potent enzymes that destroy the cells that are already infected. In so doing they help contain the spread of the disease within the body.

The Role of Macrophages in the Immune Response

Macrophages are large, white blood cells that locate and “eat” bacteria, viruses, and parasites that gain entry to the body. Working together, macrophages and T Cells are a powerful team. (3)

B Cells, T Cells, macrophages: It’s all getting a bit technical now.

This isn’t a biology exam test paper so let’s put this one to bed, draw a line under it, and say zinc helps the immune system do what it’s got to do.

Let’s also try to remember zinc doesn’t only support healthy immune function, it’s involved in a lot of other biological processes too.

Your body needs zinc. Your ongoing well-being requires you to consume a sufficient amount of zinc each day.

Eating for Good Health: A Look at Some Zinc-Rich Foods

Zinc is present in many different foods. Good sources include:

Zinc Supplements: What to Look Out for and What to Avoid

They only need 8 mg per day. However, people who are taking zinc supplements to prevent or recover from disease often take more.

Within reason, there is no reason why people should not up their zinc intake slightly.

The National Institutes of Health says it’s safe to consume a maximum of 40 mg of zinc per day.

Needless to say, it would be foolhardy to deliberately aim for more.

Although it’s possible to buy supplements that only contain zinc, a better idea is to buy a multivitamin and mineral or a well formulated supergreens powder.

Such products contain additional nutrients your immune system needs but it’s good practice to take a look at the label and make sure the supplement contains an adequate amount of zinc.

This may not be a good idea. Many people who have used such products report permanent changes to their sense of smell and taste.

Zinc is one of several nutrients that are necessary for a strong immune system.

You can get zinc from many different types of food.

Ensuring an adequate zinc intake is one of the things you need to do to ensure your immune system is functioning at full power.

The aging process can weaken the immune system and make the body more susceptible to infection.

For this reason, it’s especially important not to neglect zinc intake later on in life.

Vegetarians who rely on plant-based food may be prone to zinc deficiency because plant-sourced zinc may not be so easy to absorb as the zinc in meats and shellfish.

Due to their stricter restrictions, vegans may need to be especially diligent when evaluating their intake of zinc. 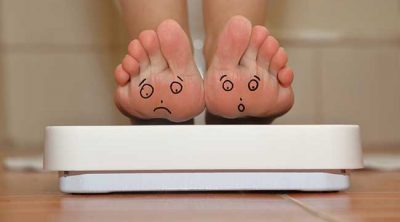 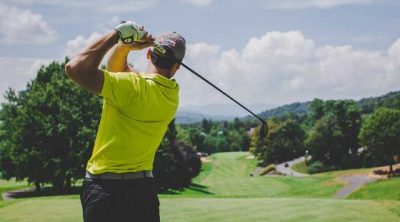