You are here: Home / Appetite Suppressants / How Does Glucomannan Help You Lose Weight?

Glucomannan has been connected to weight loss industry for several years. It is contained in some of the popular appetite suppressant weight loss supplements and diet pills. This article takes a closer look at the weight loss benefits

Glucomannan is a natural fiber extracted from the roots of the konjac plant.

It has many uses and in some Eastern countries it is incorporated into confectionery products, but these days it is becoming increasingly valued as a weight loss provider.

But how can an ingredient used in sweets be considered an effective dieting aid? The answer might surprise you.

Although glucomannan offers some of the same benefits as many other fiber providers (lowers cholesterol, improves intestinal fortitude, etc.), that’s not all it does.

This miracle of nature also has another ability that sets it apart from alternative natural fiber sources—it’s capable of absorbing incredible amounts of moisture.

In fact, it is one of the most viscous dietary fibers in the world.

Glucomannan is a Natural Fiber

Konjac is a perennial plant that is indigenous to several Asian countries including Indonesia and Japan.

Although it is also used as an ingredient in certain regional recipes, herbalists in the East hae been aware of its medicinal values for over 2,000 years.

Konjac has a long history of use as a treatment for coughs, asthma, skin disorders, and even tumor suppression.

So be it called Konjac or glucomannan, it is a versatile ingredient and it is entirely possible that future studies may reveal this natural wonder has even more benefits to offer mankind.

Diet supplements that rely on glucomannan to deliver some or all of the promised results are generally taken with plenty of water and are consumed 20 minutes to an hour before eating a meal.

If it were to be tossed into a tumbler of water, a single glucomannan capsule would absorb all the water and turn the contents of the tumbler into a viscous, jelly-like substance.

This is exactly what happens inside the stomach, and the presence of the glucomannan jelly creates a feeling of satiety that naturally suppresses the appetite.

Once the appetite has been quelled in this manner, the user is unable to eat as much food as they normally would.

Less food results in a reduced amount of calories entering the body.

This makes further weight gain unlikely; and if the amount of calories consumed each day falls lower than the body’s requirements it will begin to start burning body fat to obtain the extra calories it needs.

Other Weight Loss Advantages of Glucomannan

Although its super absorbent nature is the most important thing, when it comes to weight loss, glucomannan also has other virtues that enhance its fat-fighting arsenal.

The relationship between glucomannan and flora is particularly interesting. Flora is the probiotic bacteria you hear so much about these days.

Flora is not the only form of bacteria present in the intestines. There are other forms that are not so “friendly”. When levels of this bad type of bacteria become too high, it can lead to disease and cause other problems.

One of the things the bad bacteria can do is retard metabolism, thereby contributing to weight gain.

Flora has the important task of keeping the levels of unfriendly bacteria under control. In so doing, it supports good health in many ways and can prevent the bad bacteria from opposing your efforts to lose weight.

You may be wondering how glucomannan promotes the growth of friendly bacteria.

The answer is actually pretty simple. As with any living organism, flora needs to feed and it takes its nourishment from a certain type of dietary fiber. This type of fiber is known as prebiotic fiber. Glucomannan is a prebiotic fiber.

Numerous studies are supportive of glucomannan’s abilities as a weight loss provider.

In one study, conducted at the University of Tromsø in Norway, 176 volunteers were given either a glucomannan supplement or a placebo.

Both groups had to adhere to the same low-calorie diet. To further test the abilities of glucomannan some of the glucomannan group members were given supplements that also contained either guar gum or alginate (both alternative natural fiber sources).

As illustrated in the graph below, all of the glucomannan supplements proved to be effective for weight loss, but the group members who received the ingredient in its pure state (group 1) attained the best results of all.

After examining the data, the researchers at Tromsø concluded:

“Glucomannan induced body weight reduction in healthy overweight subjects, whereas the addition of guar gum and alginate did not seem to cause additional loss of weight.”

Although research into the many benefits glucomannan is ongoing, a systematic roundup of some of the studies to date reveals the ingredient has a proven ability to provide a number of health benefits.

Additionally, as with other dietary fibers, glucomannan gives the intestinal muscles a workout. This helps make the intestines stronger and more resistant to disease.

The results of one study, involving adults with constipation, show glucomannan improved bowel movement by 30%.

How Glucomannan Compares to Other Natural Hunger Suppressants

Although there are other natural ingredients that control hunger, glucomannan tends to be the one that shines brightest.

In fact, it’s presently the only natural hunger suppressant that carries the blessing of the Europeans Food Safety Authority.

The EFSA endorses glucomannan’s value both as a weight loss aid and a means of naturally lowering cholesterol.

Due to its proven value as an appetite suppressant, many supplement companies offer products that are solely powered by glucomannan.

Although it’s more than capable of going it alone as an appetite suppressant, it’s important to remember glucomannan is not a fat burner. In that way, it does not compare well with cayenne pepper, which has both abilities.

However, for anyone who only wants hunger control, glucomannan is the ingredient to beat.

Given the many health benefits the ingredient offers, it is perhaps a little sad that its biggest claim to fame in the west is as a weight loss provider.

Nevertheless, that appears to be the case, but bearing in mind obesity is becoming an increasingly common problem, on a worldwide scale, and the many dangers obesity poses to the health, glucomannan’s ability to provide natural appetite suppression has the potential to save lives.

So whether used in the traditional manner favored by Chinese herbalists, or as a modern-day weight loss aid, the natural benefits of glucomannan are too great to be ignored.

Do you need to drink a lot of water with glucomannan?

Yes. One to two glasses of water are necessary with each serving of any glucomannan-providing product.

The ingredient’s value as an appetite suppressant is due to its ability to absorb large amounts of water. That’s what makes the gel. Less water would mean less gel to fill the stomach.

Yes and no. When used correctly, glucomannan actually eases constipation and helps keep you regular. That’s one of the good things about the ingredient.

Problems only arise if you try and take glucomannan without a sufficient amount of water. Let’s not forget, we are dealing with an incredibly absorbent fiber.

When taken with sufficient water it arrives in the intestines as a water-saturated gel. If you take it without enough water, the fibers will still be seeking out extra moisture to absorb.

Feces contains water, so the fibers will absorb the moisture from it. This will cause the feces to become drier and harder, resulting in constipation.

Is diet and exercise necessary?

A low-calorie diet is important. Glucomannan controls hunger and helps you to eat less. Eating less will not be effective if the food you do eat is overly high in sugar or fat. When it comes to high-calorie foods, it doesn’t take a lot to help you pile on the pounds.

In their evaluation of the product, the EFSA health experts make it clear glucomannan has to be used in conjunction with a healthy, low-calorie diet.

Some people have medical problems that may limit their ability to exercise. However, where possible, exercise can improve results.

Is glucomannan a fat burner?

Glucomannan does not increase calorie usage. It reduces hunger. By doing this it helps you to eat less without feeling hungry. In so doing, it helps you to lower your calorie intake.

If your calorie intake is too low to support your body’s energy requirements it will start to burn its stores of fat. So, although glucomannan is not a fat burner, it can still help you to burn fat and lose weight.

Is there any proof glucomannan works?

Yes. Many studies prove its ability to suppress appetite.

Furthermore, the EFSA has evaluated all the important study data and given the ingredient its stamp of approval.

However, it’s important to remember the ingredient has to be taken with sufficient water and used alongside a low-calorie diet.

When is the best time to take it?

The best time to take it is generally around 20-60 minutes before meals. Doing so gives the fibers time to absorb water and expand to form the gel.

When taken before meals in this way, glucomannan provides a feeling of satiety that reduces hunger. It also reduces the amount of room in the stomach. These things make it easier to be satisfied with smaller portions of food. 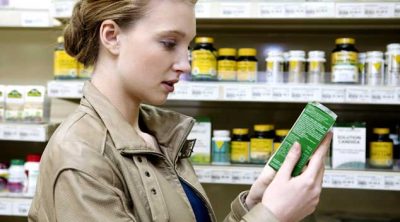 What Phentermine Alternatives Can You Get Over the Counter
Category: Appetite Suppressants, Weight Loss Products 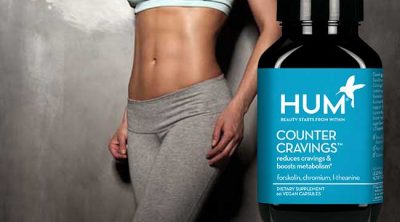 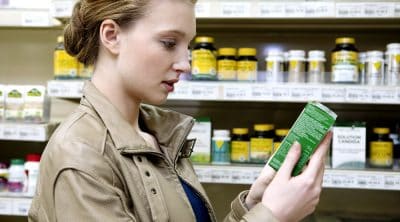