You are here: Home / Healthy Living / Magnesium and Vitamin D Benefits of Using Together

Magnesium and vitamin D are often combined together in supplements. They work synergistically in tandem. Magnesium has been shown to improve the function of vitamin D. This article will describe the role of each.

Magnesium is not in the headlines, it’s a subject your chemistry teacher used to send you off to sleep with on a Wednesday afternoon, and it certainly doesn’t sound anywhere near as cool as passiflora caerulea, whatever the hell that is.

But…magnesium should be in the headlines, it was something your chemistry teacher explained (and you probably should have listened) and it does a hog load more for you than that passithingywhatsit stuff.

There are lots of reasons why people in the third world are deficient in a multitude of vitamins, minerals and nutrients, but there are precisely ZERO reasons why the average person in the social-media-infatuated first world should ever be deficient in anything in their entire life.

And yet…it’s one of the most common deficiencies in the developed world. Second only to Vitamin D.

Magnesium is an essential mineral – “essential” being the key word here. You can’t live without it and you can’t be healthy with too little of it. You can be okay with just enough of it, and you can be Optimus Prime with the perfect amount of it.

So, if you had the choice, would you want to be a wet fart or the leader of the Autobots?

Here’s what magnesium does for you:

If any of the above evokes feelings of longing, then you might be a good candidate for the global magnesium correction program (not a thing) and perhaps you might start thinking about getting more from (a) your diet, and (b) a supplement.

Magnesium is supposed to be the second most prevalent electrolyte in your body. Pretty much wherever there is fluid in your body, there should be a certain concentration of magnesium. And considering we are basically just sacks of fluid held together by bones – which, by the way, also need magnesium – it’s a pretty big deal!

Fair Enough – What About the Diet Thing?

Yes, magnesium is in food. Yes, you can correct a magnesium deficiency with diet.

No, most westerners and first worlders don’t eat enough of the right foods.

Meats and poultry don’t contain much magnesium at all, and neither do nearly all grains. Basically the food types that much of the average first world diet is based on.

When was the last time you took a crab sandwich and quinoa salad to work for lunch, with a little bag of almonds for a snack?

Not only do most of these foods satisfy a good portion of your magnesium quota, but they are good for you in all sorts of other ways.

How much Magnesium do we Need per Day?

Between 200mg and 400mg per day is recommended. Average portions of the example foods above contain between 40 and 90mg.

Some sources like shell-less pumpkin seeds give you over 300mg of magnesium per 1/4 cup.

Talk To Me About Supplements

Supplements are a good way to boost your dietary intake so that you are reaching that daily 200 – 400mg.

In fact out of all of the essential vitamins, minerals and micronutrients, we highly recommend a supplement or supplements that at least fill out your Magnesium, Vitamin D3 and Zinc requirements.

Others are easier to get from your food, but those three will get you on your way.

There are multi-vitamins available, but they are often dosed according to recommended daily allowances, which come from antiquated studies done by government health agencies about a thousand years ago. For example, most countries’ RDA for Vit D3 is 400 to 800 IU, which is just not enough for an adult that lives above the 37th parallel, i.e. millions and millions of people.

Supplements designed with physical performance in mind are probably your best bet.

They usually come with a good Vitamin and Mineral base that takes exercise and sweating into account. They usually contain additional ingredients for helping you grow muscle, burn fat, boost testosterone, or a combination of some, or all, of them.

Testosterone boosters often have a decent lump of Magnesium, Vitamin D and Zinc in them because they are all associated with elevated testosterone levels.

The jury is still out on Magnesium, but whether it does or not, if you’ve read this article, you’ll know it’s good to have a healthy dose of it anyway.

Vitamin D is essential to our survival, that’s why it’s called a Vitamin – the “vita” part is taken from Latin, and means ‘life’.

Most people know that – it’s no secret – but what many people don’t know about are the health benefits of Vitamin D supplementation, rather than the simple avoidance of disease.

Sure, you won’t get rickets if you grow up with the minimum daily amount, but there is far more to the “sunshine vitamin” than staying alive and avoiding bowed legs.

What’s even less understood by people about Vitamin D is the quantity you need on a daily basis to really get the benefits from it. It shouldn’t be taken lightly either, because it can make difference between happiness and depression, strength and perpetual fatigue, sexual health and limp libido…and yes, the difference between a long life and premature death.

The majority of people are not deficient in Vitamin D, but they do have an insufficient amount in their system.

Vitamin D is also called the sunshine vitamin or sunlight vitamin because it is synthesized in our bodies when the Sun’s radiation hits our skin.

There are several reasons why you might not get enough sunlight to synthesize an adequate amount of Vitamin D but one very large factor is your geographical location.

People who live above the 37th parallel (line of latitude) do not see enough sunshine throughout the year to make sufficient Vitamin D. Summer, perhaps, but even then, much of that is spent indoors working.

By the way, there is a lot of the globe above the 37th – just check it out. Most of North America for one thing.

And we mentioned another reason above; a LOT of people work in offices, warehouses, shops, workshops etc. without getting much real sunlight.

It’s hard to get enough Vitamin D from your diet, and most of us don’t eat the right things anyway.
Oily fish is one of the best sources, but even then you’d have to eat like a seal to get what you need in Vitamin D.

In the case of Vitamin D, your diet should almost be viewed as a bonus to the primary collection method – the Sun. Read above: Reason 1 to see the problem there.

Vitamin D “fortified” foods give somewhat of a false sense of security as well. They generally contain a token amount (100 IU) which isn’t much to write home about, especially if the price tag is bumped up because of it.

Would you believe us if we told you that government health agencies are stupid? Yes, yes, you probably would.

Well, it’s true. The Recommended Daily Allowance in most developed countries is still pathetically low. Oh, you might not die if you get as much as they advise, but you sure as hell aren’t going to be at your peak.

It’s almost as if they want a weak and sickly population. And then they complain about the burden on the hospitals and care givers. It’s infuriating.

Canada, for example, is a country well and truly above the 37th Parallel. Hell, it’s above a country that is mostly above it!!

…and they recommend that adults over 50 take a daily supplement of 400 IU Vitamin D. And as if that doesn’t suck enough, they say men and women between 19 and 50 should aim for 600 IU a day from their diet AND supplements.

To cap it off, they advise the safe upper limit is 4000 IU per day!

What hope do we have, seriously, if governments are useless, nature is mean, and living anywhere but near the equator isn’t sunny enough?

We have science, that’s what.

Thankfully, there are ongoing studies in the field of nutrition and supplements, and the researchers don’t just stick with information from the mid ‘90s when they are considering the necessities of human health.

Most governments think 4000 IU is the ceiling, above which you should not go, but there are plenty of people taking more than this quantity per day, and only getting positive effects from it.

There are cases of much higher doses but from our perspective we would probably say that between 2000 and 4000 IU in the form of supplementation is good enough for rock and roll.

Types of Supplements and D3

There’s a few types of supplement, from capsules to softgels, liquid and tablets, but if you remember the general rule that Vitamin D is soluble in fat – and therefore should be taken with food (inc. a source of fat) – then you can’t really go wrong.

Vitamin D3 – aka Cholecalciferol is more bioavailable than its D2 cousin, so if you have the choice, which you will, take the D3.

Magnesium is a mineral that is often undervalued and under-dosed. Y

If you are taking a multi-vitamin, it might be an idea to replace it with more specific supplements, like a separate Vit D3 and a Magnesium. Multi-Vitamins tend to include the bare minimum, which is why you’ll probably find the 400 – 800 IU Vitamin D dose on the label.

The other option you have is to take a supplement which is geared towards physical performance.

Whatever you decide to do, make sure you are getting enough of this essential Vitamin. 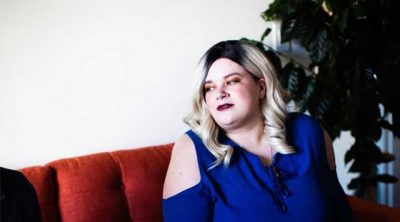 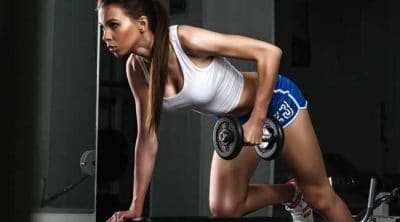 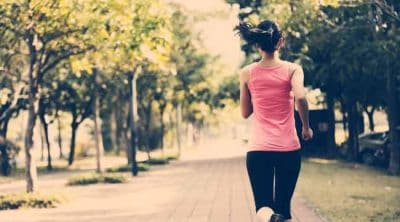