You are here: Home / Muscle & Fitness / Do Sit Ups Burn Belly Fat? The Answer May Surprise You!

The short answer is NO, not really.

However, if you think you can exclusively target belly fat and love handles by doing sit ups, you’ll have to wheel out the drawing board again I’m afraid. It just isn’t that simple.

Sit-ups alone may not burn much fat, but regular aerobic and anaerobic exercise PLUS a healthy diet, absolutely do.

So, why not throw in a fat-burning power-up to help you along your way to achieve the mission of a healthier, better looking body composition? On this site we have reviewed several of the fat burning supplement industry’s most effective products to the fat fighting arsenal.

A good supplement can add an element to your overall plan for physical improvement. Some of the best ones have several of the most proven ingredients in their blends. This is the major factor we look for when we recommend a product.

You must also consider what you eat. Adding known fat burning foods to your diet is a must.

A lot of people work on their abs, doing set after set of sit-ups, crunches, swiss-ball maneuvers and so on, only to be super disappointed after many weeks and months of doing that because they are no closer to seeing those defined muscles carve through the layer of fat.

This is because the body does not discriminate where fat-burning is concerned.

It tends to shed it evenly, over the whole body. If this wasn’t the case, let’s be honest, there would be some odd looking people out there.

Imagine someone who dedicates a large part of their active life to building abdominal muscles: they’d have shredded abs for sure but they’d have fat everywhere else, and that would just be weird.

So, our bodies are doing us a favour if we think about it. By getting rid of fat evenly, it is aiming for a more balanced look, which is what we should all be striving for anyway, for many reasons; health, aesthetics and practicality to name a few.

You might be wondering: if the body is so awesome at burning fat evenly, then how come I am pear shaped?

Or, why do I have a pot belly?

Or, what makes me an endomorph/ectomorph?

There’s two basic responses to this:

In all cases, we have to do the best we can with what we have. No-one is perfectly balanced. Even professional bodybuilders have to work harder on some aspects more than others to achieve their idea of ‘perfection.’

Assume a pound of fat is roughly equivalent to 3600 calories. Running at a moderate effort level can burn about 1000 calories an hour. So, it’s simple, right? If I run for just over three and a half hours, I’ll burn a pound of fat.

To explain why not, we have to look at the level of effort during exercise, and portions of the total calories burned

Say you go for a brisk walk in the park, it’s a low level of effort. Of the total calories you burn during this exercise, the great majority of them are from fat.

This is what gave rise to the idea of the ‘fat-burning zone’. Sadly, it’s a bit misleading, because these days there are a bunch of people who still think they are burning the most fat possible when they go for a hearty stroll. We’ll get to why that’s a mistake in a minute.

When you run at your maximum effort, the total of the calories you burn are mostly sourced from carbohydrates and very little of them from fat.

A level of effort somewhere in the middle is where you will find most people when they engage in exercise.

At this level, about 60% of the calories we burn are from carbohydrates, leaving about 40% from fat.

Going back to the example of running for an hour and burning 1000 calories.

That means that about 400 of those calories are from fat. This implies it’s going to take a lot more than just over 3.5 hours of running to shed a pound.

The truth is, it’s a lot more complicated than that.

You have to take into account the basal metabolic rate increase that regular exercise gives us, and then there’s variables like diet, sleep, other physical exertion and even brain activity to consider before you can get close to understanding more precise numbers with respect to fat.

However, just talking about the running…then, yes, it will take more like 9 hours of running at that intensity to lose a pound. That is a lot of running just to shift a pound of fat per week. It’s a good thing that’s not the only way to do it.

This is why walking isn’t the best use of time if maximum fat-burning is what you want.

Let’s say that walk in the park takes an hour, like the run. It might burn only 300 total calories compared to the total of 1000 that running burns in the same amount of time.

So even though the majority of calories are from fat stores during the walk – say 75% to be generous – then that means you burned 225 calories of fat while walking for an hour.

In contrast, the run makes you use about 40% fat of the total calories. That’s still 400 calories from fat.

This example is even being generous to the walkers, because the difference would most likely be more.

It’s as simple as this: To build abs you can do many muscle-building exercises, including sit-ups.

However, to burn fat, you need to burn more calories from fat than are added to your fat stores from dietary intake. That is NOT going to happen by doing sit-ups.

Building Muscle at the same time as Burning Fat is possible, but targeting specific areas of fat by exercising the muscles beneath is not practically viable.

You can treat the two – burning fat and building muscle – almost as separate activities that work towards a mutual goal.

You can incorporate the two into what is becoming known as High Intensity Interval Training (HIIT).

This is where your level of intensity is high throughout the exercise circuit for a long enough period of time to burn significant amounts of fat.

That circuit will no doubt include the very strength exercises which can build abs, together with all the other muscle groups.

Before you go, take a look at some the top fat-burners available that can help you with your fat loss goals. 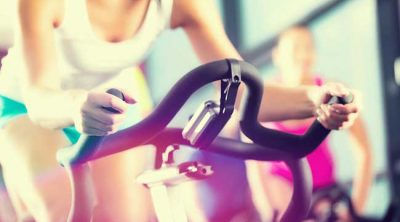 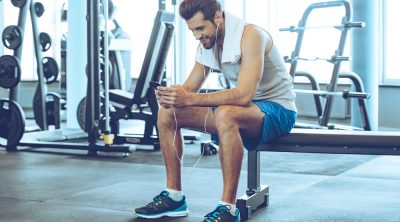 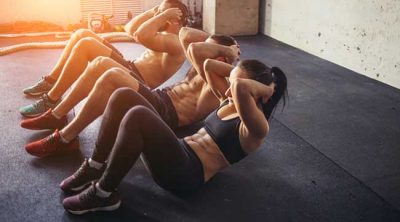 The Core and the Importance of Strength Training – Strengthen your Core
Category: Muscle & Fitness