You are here: Home / Diet Plans / What is The Cruise Control Diet – Jorge Cruise

The Cruise Control Diet is a popular weight loss program developed by celebrity trainer and fitness expert Jorge Cruise. Loved by Oprah Winfrey and a host of celebrities – can you really Automate Your Diet and Conquer Weight Loss Forever

In 2019, Jorge published his diet as a book and it quickly became a #1 Best Seller.

Sounds simple enough, right? Unfortunately, things are far from being simple. Jorge’s diet is not the only Cruise Control Diet.

There is another one.

That’s right, believe it or not, there are two different diets sharing the same name. How’s that for a big slice of crazy?

The other Cruise Control Diet was developed by a fitness fanatic called Peter Ward. He published his diet as a book as well and got there first.

To give it, its full name Jorge Cruise’s diet is called The Cruise Control Diet: Automate Your Diet and Conquer Weight Loss Forever.

Although James Ward’s diet was well received within the medical community, Jorge’s book made a significantly bigger splash on its release. In fact, many celebrities are using his Cruise Control Diet to stay in shape.

It’s also worth mentioning the fact that Jorge has far better credentials as a weight loss expert. The guy knows his stuff.

That’s weight loss system this article is about.

However, once you are familiar with the diet, I will also provide a brief explanation of the main differences between the two diets.

Who is Jorge Cruise?

Jorge Cruise is a celebrity fitness trainer, health expert, and author. Although his Cruise Control Diet book is the one that gets the most attention now, he’s written a number of other weight loss books as well.

He has also appeared on several TV programs including The Today Show, Good Morning America, and the Dr. Oz Show.

However, Jorge got his big break when Oprah Winfrey hired him as her personal trainer.

She also gave him guest spots in her shows and featured him in her magazine.

Many big-name celebrities admit to using his diet plants. Angelina Jolie, Miley Cyrus, and Jennifer Lopez are just a few.

Jorge’s interest in weight loss and health and fitness stems from personal experience. He was overweight during most of adolescent years and early adult life.

After suffering a burst appendix and learning of his father’s prostate cancer, Jorge became more health conscious and lost over 40 pounds in weight.

His early weight loss philosophy centered heavily on building lean muscle mass to increase metabolism. This was a key concept in his 8 Minutes in a Morning series of books.

Jorge’s book, The 3-Hour Diet focuses on eating smaller, more frequent meals. The Belly Fat Cure extols the benefits of meals that are low in carbs and sugar.

His #1 New York Times bestseller, The 100, concentrates on sugar calories. The Cruise Control Diet: Automate Your Diet and Conquer Weight Loss Forever, focuses more on the role insulin can play in weight gain and weight loss.

Jorge’s Cruise Control Diet is a form of intermittent fasting. As with other diets of this type, it involves periods where food is allowed and periods of fasting.

In this case, there is an 8-hour window where Cruise Dieters can eat and a 16-hour period of semi-fasting.

Jorge calls the 8-hour period “The Boost Zone” and, for obvious reasons, when Cruise Control dieters enter the following 16-hour period, they are in

If there’s a big problem with intermittent fasting in general it’s hunger. Jorge gets around this with his special Cruise Control Fasting system.

One of the key selling points of the system is dieters can allegedly lose weight without feeling hungry or having to fully fast.

During the 8-Hour Boost Zone, Cruise Control dieters can also eat “indulgent foods” such as tacos, burgers, and pasta. That’s a fact that will appeal to a lot of people.

What are Bumper Foods?

According to Jorge, the bumper foods provide healthy fats that make it possible to “cheat the fast” and avoid hunger.

Coconut oil, avocado oil, butter, and even heavy cream are just a few of the fats dieters can include in their Bumper Zones.

During an interview on The Rachael Ray Show, Jorge admits he often adds 2 tablespoons of heavy cream or butter to his morning coffee.

Will a coffee full of butter ever catch on? That seems unlikely, but it’s not a compulsory addition and The Cruise Control Diet is proving to be a very popular way to lose weight.

As for sweetener, Jorge avoids sugar entirely and opts for a natural sweetener such as monk fruit instead.

Using diagrams on a blackboard to illustrate his theory to Rachael Ray and her audience he said, when people are very overweight high insulin is to blame.

Going further, he states it’s just carbs and proteins that usually cause this, along with certain vegetable fats. However, the “good oils”, such as avocado oil and olive oil, do not.

As for the people who are only 20 pounds overweight, Jorge says they have “balanced insulin.”

According to Jorge, the key to losing weight is to have no insulin during the 16-hour Burn Zone.

With no insulin, the energy does not enter the cells and the body has to use the healthy fats, along with its stores of fat, as a source of energy instead. A similar claim is made for the Keto Diet.

Jorge states his diet delivers weight losses of up to 28 pounds in 28 days. That’s a pound a day.

Before going any further, it’s important to point out many health professionals state a safe rate of weight loss involves losing no more than 2 pounds a week.

Be aware of that before going all googly-eyed at the thought of losing a pound per day. (https://www.cdc.gov/healthyweight/losing_weight/index.html)

It’s also important to point out, although avocado oil is a Bumper Food, avocado pears are not. The fruit contains carbs and protein as well as healthy oils. Cruise Control dieters can only eat fruit during the 8-hour Boost Zone.

During the Burn Zone, only Bumper Foods are permissible, which provide 100% (healthy) fats.

During the boost zone the ratios are:

However, during his presentation on the Rachel Ray show, Jorge states certain cheeses are permissible during the fasting window. This is is contradictory because cheese is a source of protein.

He also mentions a glass of wine at night.

Presumably, this is a slip of the tongue because wine is not a source of healthy fats.

It is a source of simple carbs (sugars) and alcohol though. Alcohol is high in calories. There are 7 calories per gram of pure alcohol. Many wines are between 11% and 13% alcohol.

The thing to know is, these two diets are not just variations on a theme. Peter Ward’s diet is very different from the one developed by Jorge Cruise.

There are four general rules:

The Metabolic Reset stage lasts for 3 weeks. It helps you to reset your body’s blood sugar and insulin levels and learn to avoid processed foods. Additionally, it teaches you to listen to genuine hunger instead of cravings.

It helps you become used to eating well-balanced natural food. However, at this stage, you may also eat junk food two times each week. This helps your body get the fat it needs.

The Rapid Fat Burning stage kicks in somewhere during weeks 6-8 of the diet.

As you can see the two systems are not comparable. Jorge’s diet allows burgers, sausages, and processed meats (during the Boost Zone). Ward’s diet initially prohibits such foods and then only permits them two times per week.

Jorge also has an official website. It focuses on his Cruise Control Diet. None of his other books feature on the site.

Although The Cruise Control Diet: Automate Your Diet and Conquer Weight Loss Forever is available to buy via many booksellers (online and in-store), Jorge’s site offers visitors the opportunity for extra support via his Cruise Control Fasting Club.

The first week is free. After the free week, membership involves a weekly cost. This is billed annually, at a cost of $199.97.

Club membership involves a live weekly accountability meeting with Jorge, via the internet. Members also have access to his team of Cruise Control Ambassadors when they need extra support. There are a few other perks as well, including weekly meal plans.

The site also has a new shop. At the time of writing, the only item was a keto-approved Cruise Control Latte Coffee, which was marked as “coming soon.”

Other celebrities, including Khloe Kardashian and Tony Robbins, give positive endorsements via Jorge’s website as well. However, they don’t mention any particular diet and, let’s not forget, he’s created a few.

Although most readers offer plenty of praise and the book is a best seller, there is also a lot of criticism.

One reader describes it as nothing new and “just a rehash of several low-carb/keto gurus.”

Some readers also dislike the fact the book contains a sales pitch for Jorge’s coffee, bars, and shakes.

Bearing in mind the fact that the coffee is not yet available and the other two products are not mentioned on his site, it would seem there has been a lot pre-planning done on the marketing side of things.

Another unhappy book buyer states, “Every time he mentions how rich he is, the toys he has, or posh place he lives I want to throw the bloody book across the room. I don’t care about it.” The reader adds, “I’m looking for health advice.”

Jorge has a lot of credibility and the majority of reader reviews suggest his Cruise Control Diet may work for some people.

However, with or without “Bumper Foods”, intermittent fasting is not for everyone. Many people find it hard to do and it’s not just about hunger. Eating within a restricted window of time can be a very alien experience.

Bearing in mind the high-fat nature of the diet, it’s possible it may cause a state of ketosis. This could result in bad breath—a common problem with ketosis.

The book actually discourages use of the Keto Diet, stating it can entail health risks. However, that does not stop Jorge from promoting his coffee as a keto-friendly product.

There another point to bear in mind before doing this diet.

Apart from promising a rate of weight loss that may not he healthy, Jorge’s diet plan also goes against accepted recommendations on healthy eating.(https://assets.publishing.service.gov.uk/government/uploads/system/uploads/attachment_data/file/528193/Eatwell_guide_colour.pdf)

It also has to be remembered, this is a diet built around the theory that “good fats” support weight loss. What if the theory is wrong? Fat is a high-energy food that provides 9 calories per gram.

Despite his credibility, the fact that Jorge wastes time boasting about his wealth may make some readers question the motives behind the book. Especially with the plugs for products that have yet to become available.

If you can handle fasting, and think the Cruise Control Diet may be for you, all you will need is the book.

However, for most people, this type of diet is a big departure from the norm. Before making such major lifestyle changes it is always advisable to seek expert medical advice. 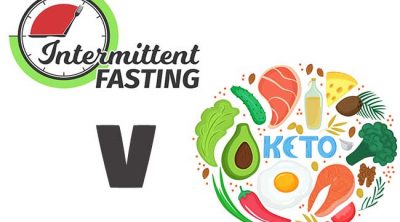 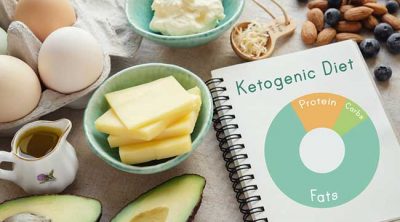 What Foods Can I Eat on a Keto Diet
Category: Diet Plans 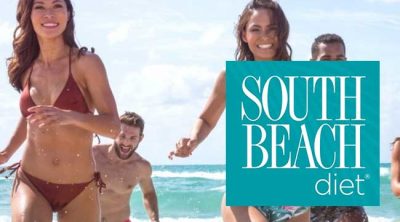