One of the most common ingredient present in fat binding weight loss supplements is chitosan. It’s most common form is sourced from the sea – from sea shells. The big question is – does chitosan help weight loss?

Chitosan is an ingredient that’s sometimes used in weight management supplements. It primarily works as a fat binder. Some manufacturers add it to complex supplement formulations, others deem it powerful enough to use on its own.

Most of the articles you read concerning chitosan and weight loss make it appear there is only one kind. This is not the case. There are actually two types of chitosan used in weight loss products.

One type comes from a species of fungus, the other is obtained from the shells of marine crustaceans. The fungal form appears to be the most powerful but most manufacturers are still using chitosan from shells.

Shell-sourced chitosan is the type of chitosan you are most likely to read about. It appears a lot of people remain unaware the other form exists.

Chitosan is a naturally-derived, long-chain linear polysaccharide. It consists of glucosamine and N-acetyl glucosamine molecules [1]. That’s the technical explanation. Unless science is your pet subject, all you really need to know is it’s an indigestible compound that has the ability to combine with dietary fats.

As already stated, the most commonly-used form of chitosan comes from the shells of certain crustaceans. Shrimps, crabs, lobsters—all of them are possible sources.

Fungal chitosan is hypoallergenic. That’s another distinct advantage it has over shell-derived chitosan, which can present problems for people with food allergies. Fungal chitosan is also vegan and vegetarian-friendly. For obvious reasons, the other kind is not.

How Does Chitosan Help You Lose Weight?

Chitosan belongs to a class of fat blockers known as fat binders. Fat blockers of all types limit the number of calories the body obtains from dietary fats.

Pure fats of all types provide nine calories per gram. That’s five calories per gram more than pure proteins and carbohydrates provide. Due to its calorie-dense nature, you don’t need to eat a large amount of high-fat food to start piling on the pounds.

However, the body cannot obtain calories from fat without digesting it first.

Some fat blockers suppress the activity of the digestive enzymes that are responsible for processing fat. This causes a large percentage of dietary fats to pass through the body undigested.

Let’s stress this again: when fat is not digested, no calories are released.

Chitosan is a fat binder. It blocks fat digestion like other fat blockers do but achieves it in a different way.

Chitosan absorbs fat in the stomach and binds with it. The activity of fat-digesting enzymes is not affected in any way.

However, the body cannot digest chitosan. When fat binds with chitosan, it becomes indigestible too. Chitosan carries the fat through the intestines and it exits the body with the poop—without releasing the calories locked inside.

There are no recommendations about how much chitosan is necessary for weight loss but many studies involve doses of 1—1.5 grams, taken before meals, or 3—6 grams per day.

The dose manufacturers recommend varies from one product to the next but you normally take chitosan supplements around 30 minutes before eating meals that contain fat.

For obvious reasons, marine-sourced chitosan will be unsuitable for people who have seafood allergies.

Some people find chitosan causes mild stomach upsets and similar problems such as intestinal gas but reactions like this are rare.

However, certain vitamins (A, D, E, and K) are fat-soluble. You get them from dietary fat. When you try to lose weight by using chitosan or an alternative fat blocker it may cause vitamin deficiencies. For this reason, it might be necessary to use a vitamin supplement as well.

Problems mainly arise when people try to use chitosan fat binders as a get out of jail free card before cheat meals. Many people do so. Fat blockers are the type of weight loss supplement that is most open to abuse.

As with any other type of weight management aid, chitosan supplements need to be used as part of a sensible weight loss regimen. Unfortunately, a lot of people use chitosan in the hopes that it will allow them to eat a lot of high-fat food without gaining weight.

Eating large amounts of fat gives fat blocker more fat to block. That means greater quantities of fat are passing through the intestines in an undigested state. This is can have a laxative effect and may lead to attacks of explosive diarrhea.

Unless you always have a vacant restroom near at hand, eating a lot of fat while taking chitosan can be a little like playing a game of Russian Roulette with your underwear. Remember this before considering using chitosan fat blockers in this way.

Research results provide a conflicting picture of chitosan’s ability to help people lose weight. Some study participants lost weight while the participants in other studies did not.

However, the overall data suggests chitosan does support weight loss although the level of improvement over diet and exercise is likely to be quite small.

Chitosan is a natural ingredient that appears to be capable of providing modest weight loss support but it’s very limited in what it can do. The main thing it does is support decreases in calorie intake by blocking the absorption of dietary fat.

The average person trying to lose weight should be following a low-fat diet. If they have got their diet right, there will be not much fat to block. Bearing in mind the potential for vitamin deficiencies, restricting fat absorption may be unwise.

Many of the best weight loss supplements provide support in multiple areas. They may increase metabolism sufficiently to increase fat burning potential and will likely reduce hunger as well. More often than not, good supplements deliver increases in energy as well.

Chitosan may have its attractions to people who are looking for a cheat pill but, if you are truly serious about losing weight, it’s unlikely to provide the best level of support unless it’s combined with other useful ingredients. 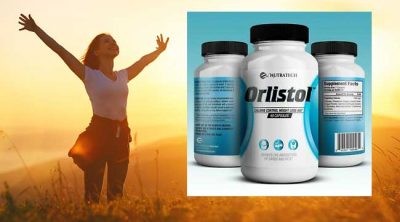 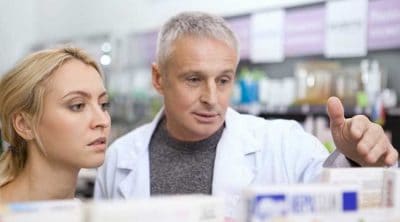 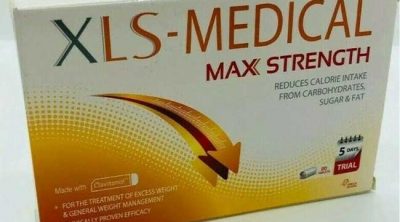