You are here: Home / Healthy Living / Why Fat Burners Don’t Always Work. Am I to Blame?

Most of the time, if a fat burner doesn’t work, it’s not the product’s fault, but the user’s. Stay with me here, I’m not trying to alienate everyone who has ever bashed a thermogenic product.

On the face of it, it can seem like the easiest option to just blame the fat burner, say it’s useless…’this did nothing for me’…that sort of thing, but it’s really easy for people to discard something with a one-liner and absolve themselves of any responsibility for it not working.

Don’t get me wrong, there are some fat burners out there that should bypass the whole consumption stage and go straight from shelf to garbage can.

I’m not talking about those though, that’s what in-depth reviews are for; to oust the terrible ones and leave the rest.

Say, however, that you look at a decent product from a well respected manufacturer and you read a bunch of average comment-style reviews (instead of the awesome break-down reviews on this site, he says, teeth glinting in sincerity).

A lot of those comments are going to be from people who had unreasonably high expectations of some pills, yet minimal execution of their own role to play in the fat loss cycle.

The biggest problem is that many aspiring dieters wanting to lose weight or burn fat are looking to these products as some kind of short-cut; perhaps the pill will do the work and they can carry on treating themselves to ice cream.

If only! That alternate reality sounds awesome, let’s go there!

While it’s true that if the pills are taken on top of a completely balanced calorie-in vs calorie-out diet – i.e. zero gain or loss – a fat burner should assist fat loss, that is hard work in itself. The lion’s share of that work must come from the user.

Exercise will help, and it will have more benefits the longer you persevere with it. However, just isolating weight loss, the vast majority of it is down to diet.

Here’s a few key points with respect to dieting that can seem like negative hurdles, or big bad ogres, but once you face them head on, they get easier.

Restriction is a filthy word, and one you never want to hear in conjunction with food. Everything about it sounds like a challenge, ranging from depressing to painful.

Calorie control is a better phrase, but it still conjures images of counting points, or reading the back of packages in the supermarket, making a half hour shopping run into a day long outing.

So with ‘sustainable balance’ in mind, let’s think of that every time we read (or someone says) calorie restriction, because, really, that’s what it’s all about. Finding the right balance of food intake, against what you burn off by just existing, and what you use up exercising.

And on top of that, you want it to be sustainable, you need something you can keep up, a plan that lasts.

No crash dieting or massive detoxes that just make you want to gorge on lard the minute it’s technically ‘finished’.

The weight loss that stays lost is achieved through the slow and steady approach. And for success, a little planning goes a long way.

I Haven’t Got Time To Plan Meals

Okay, if you have a job/kids/busy life then you know that planning, in fact, saves time. Dieting is no different.

I’m not suggesting you go all colour-coded-wall-chart crazy, but ten minutes spent on the laptop just outlining the next two weeks of breakfast, lunch and dinner means that when you come to make it all, it’s not a random act of spontaneity.

What does planning entail?

How about lunches: bean salad for a few days that you make at the start of the week.

You add to that a half bagel with different toppings each day. Or add some chicken to the salad.

The point is that there’s a base meal that you can dig out of a large tub in the fridge.

And something like a bean salad, if you’re against the clock, can take mere minutes. Done

Dinners: have a root to each one. Maybe go with the vegetables and work around it.

Stuffed peppers one night, vegetable burritos another. Don’t think too much.

Once you’ve outlined healthy ingredients to use and basic recipes, portion management is where the real difference is made and that’s something you work out on the night.

Did you run 5km today or just hang around on the couch watching re-runs of crud on tv?

Or something else? Gauge what your hunger level is and then figure out whether you can afford a bit of a larger portion based on your energy output.

If that’s what’s happening; like you’re sloping round the kitchen like a bear that’s just woken up from hibernation, then something is amiss.

Nutrition is what drives and satiates hunger. Volume is one aspect but really it’s quality over quantity. There are two important points to make though:

When you are changing lifestyle from eating a lot of ‘bad’ stuff to dieting, some feelings of hunger are inevitable. You will adapt to this but it may take a little while for it to happen.

The length of time will vary between individuals but the important thing to remember is to realize it’s not forever and not to cave in.

Feeling full is not always the same as being satisfied. Here’s an example: say you eat a piece of cake, with the sponge and filling and so on.

You may feel full straight after but the piece of cake has done about as much for you nutritionally as a baseball bat to the guts. And you will be hungry again in no time, which is your brain and body searching for something real to eat.

Nutrient density is critical to a sustainable and balanced diet. Eventually, you will feel satisfied from a green smoothie, and you will also crave it.

I mentioned in the previous point that the desire to snack can be related to boredom.

The best thing to do…is something. If you draw, then draw. If you are a gamer, then do it. Work-out if you haven’t already. A twenty minute run, anything. If its genuine hunger then it will stick around and you can deal with it.

Getting into a rhythm is important for this, after a while you will know when you are ‘supposed’ to be hungry and when it might be useless cravings.

When you are truthfully famished, then you are too late. The best thing for your weight and you blood sugar is to keep ahead of hunger. Easier said than done but it’s worth mentioning.

I Don’t Have the Discipline to Stick At It

Discipline is another word which gets used in the context of diet. You work, study, look after the kids, look after the house, work out, and do a million other things you need discipline to achieve. You know discipline, that’s not the problem.

The issue is being able to hold back on a need as basic as eating.

Ideas become reality through execution, and that involves an understanding of what you are dealing – and fighting – with on a deeper level. For example, did you know that the flora of your stomach and intestines are largely responsible for the foods that you crave?

These micro-organisms adapt to what you eat, so when you give them enough of something, it starts to be what your stomach’s bio-chemsitry is centred around.

Eat enough cheeseburgers and you’ll begin to crave them more and more. Eat lots of bean salads, and guess what!

Sticking with something, and doing it again and again does have real results, so much so that you won’t just start benefitting from the healthy food you eat, but you’ll start enjoying it, and even craving it!

Here’s a reference article from the University of California San Fransisco: Do Gut Bacteria Rule Our Minds?

Back to Fat Burners and Supplements

There’s a way to make dieting seem a lot more complex than it needs to be, there’s also a way to pretend it can be faster, through gimmicks and fads.

Fat burners are a tool, just like a meal schedule is a tool and even your own willpower. See them all as part of a whole and you will do a lot better than relying on a product to do everything for you.

Good luck, not that you need it. You just need to keep going. Remember, balanced and sustainable. 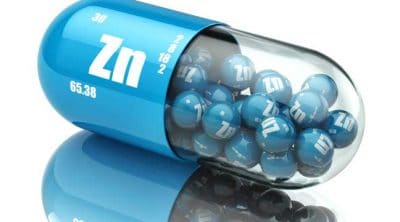 Zinc and Immune System – How Can it Boost your Immunity
Category: Healthy Living 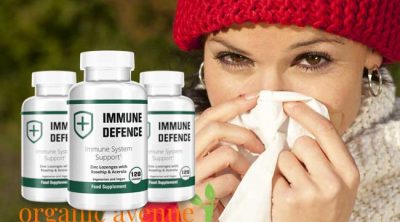 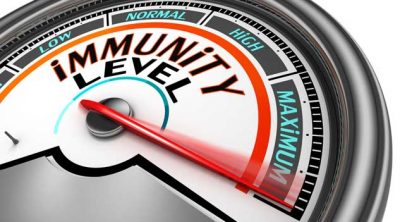 How to Strengthen Your Immune System?
Category: Healthy Living