You are here: Home / SuperFoods / Some Amazing Health Benefits of Turmeric (and Curcumin)

Turmeric and curcumin are often confused, both have amazing health properties – this article will help explain what the differences are and what health benefits they can give you

Turmeric is a popular spice that’s a mainstay of Indian cuisine. It’s also an incredibly potent and versatile medicinal herb. So, if you thought turmeric was only good for coloring up curries, think again.

That yellow powder that sits on the shelf in so many kitchens can boost energy levels, help with weight loss, reduce the symptoms of PMT, and do much more besides.

In fact, Turmeric can provide such a wide range of benefits it is arguably one of the most versatile supplement ingredients in the world.

Each tablespoon of turmeric provides a respectable dose of Vitamin C, Iron, and calcium. There are plenty of other nutrients in there as well.

Of course, plenty of other natural ingredients can provide a similar dose of nutrients. The thing that makes turmeric really special is a compound called curcumin. Apart from providing turmeric with its striking yellow appearance and flavor, curcumin is also responsible for the many health benefits associated with turmeric.

So, although some supplements contain turmeric, a lot contain the compound curcumin instead.

You may have already heard people talking about how good turmeric is at reducing inflammation or that it’s an antioxidant. It’s also possible you may have heard tell of its anti-tumor capabilities. All these things and many more come courtesy of the curcumin turmeric provides.

Turmeric (Circoma longa) is a perennial flowering plant. It’s part of the ginger family and is native to South-East Asia and the Indian subcontinent.

The rhizomes (roots) are the important part. They are harvested once per year and undergo a three-part preparation process.

First of all the rhizomes are boiled in water for 30-45 minutes. After this, they are placed in hot ovens. In the third and final stage, they are ground to make the yellow powder most people are so familiar with.

You may also be interested to learn, that turmeric is often used as a clothes dye.

Its role as a medicinal herb stretches back through the centuries. It has a long-standing reputation in Ayurvedic medicine, where it is also sometimes called harida.

More recently, members of the scientific community have started taking an interest in the ingredient. This has resulted in a wealth of evidence that supports its use in a number of different areas. In most cases, though, the studies involve curcumin rather than turmeric.

That’s quite low. This is one of the main reasons so many clinical trials involve curcumin instead of turmeric. In many cases, the studies involve doses of one gram per day. To get that much from turmeric would involve a prohibitively hefty serving.

The real problem with curcumin is the body finds it difficult to process. Even when a decent dose is involved, very little is absorbed into the blood.

However, research shows a black pepper extract called piperine can increase curcumin absorption by as much as 2,000%. (https://www.thieme-connect.com/products/ejournals/abstract/10.1055/s-2006-957450)

It’s not a typo, all three zeros are there intentionally. So, although curcumin has the potential to do a lot of good things, the reality is it’s unlikely to pack much of a punch unless it’s blended with piperine. In many cases, manufacturers use a branded form of piperine called Bioperine.

A Look at Some Turmeric/Curcumin Benefits

Scientists believe chronic low-level inflammation may play a major role in many chronic diseases including Alzheimer’s and metabolic syndrome.

It stands to reason, anything that has the ability to reduce inflammation also has the potential to offer protection from such diseases and for treating them.

There are several different types of arthritis. Most of them involve inflammation around the area of the joints.

Bearing in mind its capabilities as an anti-inflammatory, it’s not surprising that curcumin can help relieve the discomfort caused by arthritis.

Antioxidants seek out free radical toxins in the body and then neutralize them. Certain biological processes in the body create these toxins. Muscle contraction is just one of the things that can do it.

When these toxins build up within the body it causes a condition called oxidative stress. This has been linked to early aging and disease.

Fresh fruit and vegetables are an excellent source of antioxidants. That’s just one of the many reasons it’s important to eat your 5-A-Day.

Antioxidants play such an important role in supporting good health it really is a case of “the more the merrier”.

The curcumin provided by turmeric is a potent antioxidant. That alone puts another important feather in its cap. However, in addition to being an antioxidant, curcumin also helps increase the activity of antioxidant enzymes present in the body.

Elsewhere in the world, researchers appear to have discovered a link between curcumin and brown adipose tissue (BAT).

Bat helps convert energy from food into heat. White adipose tissue (WAT) cannot do this. Curcumin appears to be capable of converting WAT to BAT. The researchers suggest this may help prevent obesity.

However, as a weight loss aid, curcumin may offer the most benefit to women.

When it comes to hormonal issues, women have it harder than men. Due to fluctuations in estrogen, women often gain 3-5 pounds in weight during menstruation.

This is an area that requires further study, but curcumin appears to have the ability to regulate estrogen and may, therefore, help prevent hormone-related weight gain.

5. Turmeric as an Energy Provider

Turmeric also boosts energy levels. Again, this ability comes from curcumin. The important thing to know is curcumin is not a stimulant. That makes it a very good option for people who do not tolerate stimulants well.

There’s another important reason why curcumin is a better option than caffeine and, again, it’s applicable to women.

High doses of caffeine, or other stimulants, can throw the female hormones out of balance and cause unpleasant reactions, such as mood swings. That means curcumin’s ability to provide additional energy without stimulants is one a lot of women may appreciate.

Curcumin also shows promise as a natural remedy for depression. In fact, for the purposes of one study, the yellow spice went head-to-head with Prozac.

The study actually involved three groups instead of two. One group got Prozac, another got curcumin, and the third got both.

After six weeks, the curcumin group showed improvements that were similar to those of the Prozac group. However, the group that received Prozac and curcumin experienced the most benefit of all.

Curcumin also shows value in a lot of other areas and research is ongoing so there could still be more to learn.

However, a few additional benefits curcumin may provide include:

Simple Ways to Add More Turmeric to Your Diet

There are lots of ways to take advantage of the health-boosting ability of turmeric.

Obviously, eating curry more often is one of them. Replacing tomato ketchup with curry source is another, but is probably an unwise option if you are trying to lose weight. Sauces generally contain a lot of useless calories.

Another way to add more turmeric to your diet is to incorporate it into the spice mixes you use during a barbecue.

Turmeric marinades are also a good idea. Or what about adding some to your soup or putting it in a smoothie?

However, if you are serious about getting the most benefit from turmeric it makes sense to combine it with black pepper. It’s the best way to make sure your body absorbs as much curcumin as possible.

Not surprisingly bearing in mind curcumin’s many and varied virtues, it’s possible to buy it in the form of a pill. It’s also added to some of the better diet pills.

Whether it’s being used as the main ingredient in a pill or is just one of many, it’s important to make sure it’s combined with Bioperine or normal piperine.

Side Effects and Health Considerations

Although turmeric can provide a myriad of health benefits, it may also cause problems if used in unusually high doses.

The natural compounds in turmeric can be very soothing for the digestive system. All that may change if you consume too much. Instead of soothing it may actually irritate.

This is because turmeric stimulates the production of extra gastric acid.

In reality, this type of problem is unlikely to occur if you are getting your turmeric from food or supplements that only provide a low to moderate amount.

There is evidence to suggest turmeric may have blood thinning capabilities. This makes it a poor option for people who are using blood thinning medications.

You may have heard tales that curry and other food that contains turmeric may induce labor. There is not a lot of data to back up this belief, but it never pays to take chances during pregnancy. It’s always best to err on the side of safety.

As with any other type of supplement, if you are planning to take curcumin pills it’s always a good move to ask a doctor’s opinion first. This is especially important if you have any existing health issues or concerns. It’s an equally prudent move if you would have to use the supplement alongside medication.

Turmeric is sometimes called “the golden spice.” Whether this is due to its color or its medicinal or culinary value is anybody’s guess. The name’s been in use for a long time.

One of the best things about turmeric is the fact there has been so much scientific involvement. Practitioners of Ayurvedic medicine only knew of turmeric’s value. They did not know why it works. Modern research shows curcumin is the secret behind the golden spice’s power.

In addition to explaining why turmeric can do the things it does, science has also provided a way to solve an important problem—how to improve curcumin absorption. 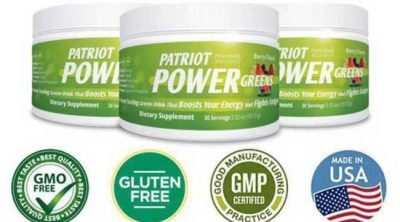 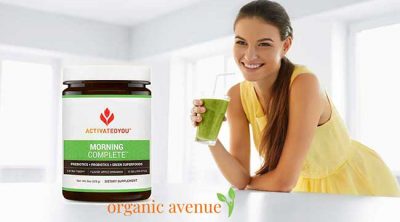 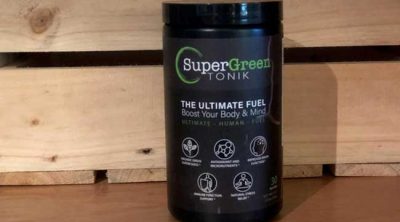 SuperGreen TONIK Review – All Your Daily Goodness in a Glass
Category: SuperFoods