There are several well know diet pills and weight loss supplements that contain Capsimax. Does it actually work though?

Capsimax Review – What is it?

Capsimax is a patent-protected proprietary blend. As the name suggests, the main active ingredient is capsicum.

It’s an award-winning formulation created by OmniActive Health Technologies and unlike standard capsicum extracts, it’s kind to your stomach.

In addition to being a powerful fat burner, Capsimax also works well as an energy provider.

It’s a respected ingredient that’s used in an ever-growing number of supplements.

If you use it correctly, Capsimax can deliver incredibly good results. It’s the most respected capsicum extract in the world.

Capsimax Works by Harnessing the Power of Capsaicinoids

Like other red peppers, capsicum gets its fat-burning power from capsaicinoids.

These compounds occur naturally in the fruit and are responsible for providing it with its fiery taste.

In reality,  capsaicinoids are the peppers’ self-defense mechanism.

Their presence in the fruits makes it too distasteful for animals or insects to eat. That means the fruit can grow unhindered until it’s ready to drop its seed.

Despite their ability to irritate the mouth and skin, capsicum extracts also have a long history of medicinal use.

In some parts of the world, it’s a traditional remedy for headaches, sore throats, and even menstrual cramps.

Research suggests the medicinal capabilities of capsicum red pepper extracts are probably due to the presence of two capsaicinoids types in particular— dihydrocapsaicin and capsaicin.

Together they account for 90 percent of the capsaicinoids present in the fruit.

Although the medicinal value of capsicum could be seen as being old news, the fruit’s potential as a weight loss aid is a more recent discovery.

One of the things they do  is stimulate an enzyme that breaks down fat. It’s called lipase.

When lipase breaks down fat the fat becomes available as a source of fuel.

So as well as supporting weight loss, this one process also increases energy.

That’s why Capsimax and other capsicum extracts are often referred to as thermogenic fat burners.

Thermogenesis is an ongoing process. During life, it’s happening 24 hours a day. It’s the process that makes your skin warm to the touch.

The warmth you feel is energy escaping your body in the form of heat.

Have you ever pushed yourself hard during a workout and noticed you begin to feel warmer and “work up a sweat”? I’m guessing you have.

Be it in the gym or even just walking up a long flight of stairs, we’ve all worked up a sweat at some time in our lives.

But why do we work up a sweat during periods of heavy physical exertion? It’s because, like Capsimax and certain other natural compounds, exercise increases thermogenesis.

The capsaicinoids capsicum provides can help you to burn extra calories during exercise.

They can even do it if you are sitting down or asleep. Taken at the right intervals, it can have you burning extra calories 24-hours a day.

Is There Proof that Capsimax Works?

Talk is cheap. It’s easy to make lots of grand claims for the things certain ingredients can do.

Diet pill manufacturers do it all the time. However, when it comes to Capsimax, there is no need for hype.

The wisdom of using capsaicinoids as a weight management aid has been put to the test time and time again.

Apart from showing the ingredient’s potential in this area, the research data also shows it’s a safe ingredient to use.

More importantly, all of the most important ones were conducted on human volunteers, not animals.

The people who took part in the various clinical investigations came for different backgrounds and had differing levels of fitness.

Some were in good health, the health of others was relatively poor.

Capsicum Has Been Test Thoroughly

With the exception of green tea, few other popular diet pill ingredients have been as diligently tested as capsicum.

On one occasion, the researchers began looking into the way capsaicin affects brown adipose tissue (BAT).

After subjecting the men to intense pre-conditioning, the researchers gave half of them 9 mg of capsaicinoids. The rest were given a placebo.

A lot of studies focus on capsaicin’s ability to boost metabolism and thermogenesis.

So the aforementioned study was somewhat a break from the norm. However, researchers have explored the compound’s abilities in other areas as well.

The data from a study at the University of Memphis is particularly interesting.

Capsimax Instead of Capsicum Extract

Apart from breaking from the norm, the researchers also used Capsimax in place of a standard capsicum extract.

The study results show a 2 mg dose of Capsimax successfully increased levels of circulating fatty acids by a significant amount.

Apart from supporting the ingredient’s ability to breakdown fat, the results also support its ability to increase energy by creating an abundance of fatty acids for the body to use as fuel. (https://www.ncbi.nlm.nih.gov/pmc/articles/PMC2912905/)

Capsimax Vs. Other Capsicum Extracts: Why it’s the Best

Although capsaicinoids can support fat burning, boost energy, and do a lot of other good things, they are hard on the stomach.

The chances of stomach upset and other gastric issues increase with high doses.

This presents something of a double-edged sword. High potency capsicum extracts provide the best results but may give you belly that feels like it’s full of fire.

The Capsimax proprietary blend provides the body with a maximum-potency capsicum extract without any of the normal capsicum burn.

In simple terms, it coats the capsaicin in a special coating that resists the gastric juices.

This keeps the Capsimax locked inside, saving the stomach from any distress.

The “beadlet” does dissolve eventually but not until it’s in the intestines.

That far down the digestive tract, the capsaicin is unable to cause any problems. It passes through the intestinal walls, enters the blood, and quickly gets to work.

Like all good ideas, in many ways OmniActive Health Technologies’ idea of coating the capsaicin is pretty simple.

It’s the beadlet technology that makes it clever.

Capsimax is renowned for being the best capsicum extract in the world.

It’s an ingredient in hundreds of different weight loss supplements. However, just because a product has Capsimax in it does not necessarily mean it will be any good.

Some manufacturers don’t provide enough of it, often hiding a poor inclusion rate in a proprietary blend.

Other manufacturers use it alongside inferior ingredients that may cause side effects or stop Capsimax from doing the things it’s designed to do.

So, although Capsimax is one of the best diet pill ingredients available today, it’s best to only buy products that come from reputable manufacturers.

Preferably ones that have a good track record when it comes to providing effective weight management products.

Manufacturers of this caliber don’t resort to penny-pinching and always put their customers first.

They also back their products with money-back guarantees.

There several good Capsimax products available and the ingredient is in many of the top-selling supplements, some of which you can find reviewed elsewhere on this site. 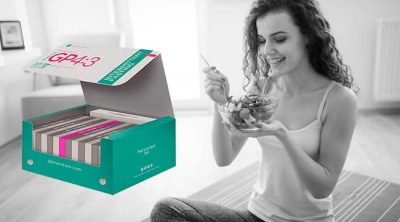 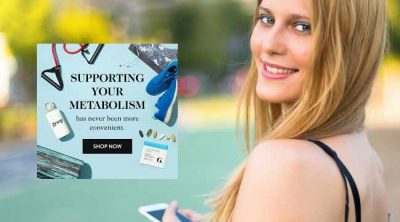